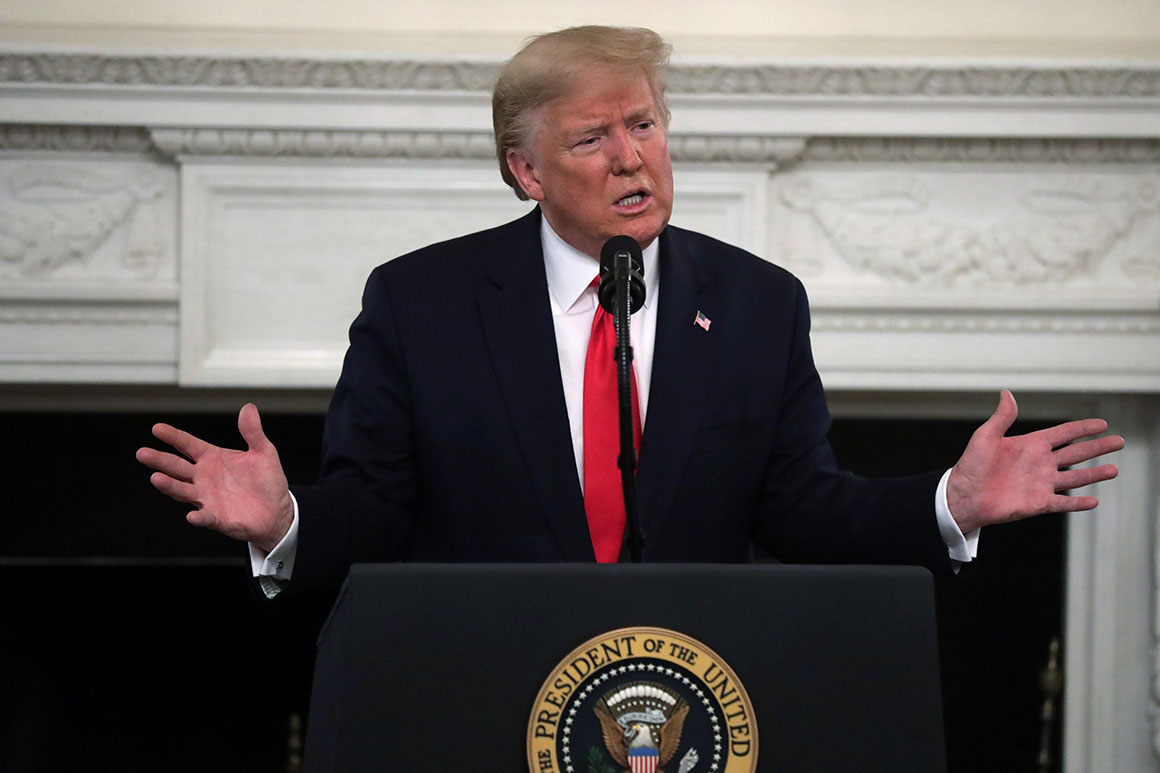 President Donald Trump insisted in a tweet Friday that he has a "legal right" to demand that Attorney General William Barr intervene in a federal criminal case — just hours after the Justice Department chief asserted that Trump's social media posts "make it impossible for me to do my job."

"'The President has never asked me to do anything in a criminal case.' A.G. Barr," the president wrote, paraphrasing the attorney general's remarks in an interview with ABC News that aired Thursday.

But Trump added: "This doesn't mean that I do not have, as President, the legal right to do so, I do, but I have so far chosen not to!"

The president's tweet represents the latest escalation in a controversy regarding the case against Roger Stone, Trump's longtime informal political adviser, that has consumed the Justice Department and provoked a rare display of public disapproval by Barr toward his boss.

"I think it's time to stop the tweeting about Department of Justice criminal cases," the attorney general told ABC News.

Following the president's criticism, the Justice Department submitted a revised filing that offered no specific term for Stone's sentence, but said a term on the order of seven to nine years “could be considered excessive and unwarranted.“ The four government attorneys who had shepherded Stone's prosecution withdrew from the case in protest.

Trump congratulated Barr in a tweet Wednesday for "taking charge" of the Stone case, and thanked the Justice Department from the Oval Office for stepping in to stop "this horrible thing."

Barr confirmed to ABC News that he had personally interceded to walk back Stone's stiff sentencing recommendation, but maintained that he did so hours before Trump tweeted his objection.

Although some viewed Barr's statements as a sign of heightened hostilities between the president and his attorney general, White House press secretary Stephanie Grisham claimed that Trump was not irked by Barr‘s interview.

"The President wasn't bothered by the comments at all and he has the right, just like any other American citizen, to publicly offer his opinions," she said. "President Trump uses social media very effectively to fight for the American people against injustices in our country, including the fake news. The President has full faith and confidence in Attorney General Barr to do his job and uphold the law."

Some Democratic lawmakers, however, have speculated that Barr's admonishment of Trump was a calculated maneuver intended to quell outrage within his department rather than curb the president's behavior.